It is an expression of faith in the doctrine of the Trinity, that great feat of philosophical creativity, fused with Christian hope.  Indeed, the development of the doctrine of the Trinity is one of the many examples, in the early Christian tradition, of intercultural exchange and adaptation – because the questions with which the second and third century Christians were grappling found their settled answers through the philosophical and theological categories of the Graeco-Roman world.

Interestingly the gospel for Trinity Sunday recounts the great commission of Jesus to the 11 disciples, thus suggesting another context in which we might think about the importance of inter-religious and inter-cultural exchange.  Matthew writes that the 11 went to Galilee, to the mountains, where Jesus commissioned them to ‘go therefore, and make disciples of all nations, baptizing them in the name of the Father, and of the Son, and of the Holy Spirit, teaching them to observe all that I have commanded you’.  Now, throughout its history the church has responded to this commission in different ways, sometimes, it must be admitted, with detrimental effects.  However, the ecumenical and inter-religious understanding that has framed more recent practice, and that connects with the gospel values of justice, dignity and respect, suggests a new way of going into all the world.

So, what might this commission entail today? In thinking about this question, I would like to focus on two different, but inter-related dimensions.  In the first instance, going out to all the world entails being involved in the urgent task of protecting human dignity and promoting human flourishing.  That there is a need for such a task is self-evident.  According to the most recent Human Development Report  almost 800 million people, 400 million of them children, continue to live in extreme poverty. Yet, at the same time one-third of the world’s food is wasted every year.  There is, of course disagreement about the policies that will best promote human flourishing and help us address this scandal.  However, notwithstanding these differences it is important that this work continue.  Moreover, the church has a key role to play in animating and structuring this conversation, and in being part of a coalition of actors who are committed to ending extreme poverty across the globe in this generation.

The second aspect, relates to the importance of religious pluralism and the challenges it poses for the church and for political institutions world-wide. It is true that pluralism has long been a feature of political life, however it has acquired a heightened significance today.  Indeed, we seem to be living in an environment in which the politics of fear is gaining ground and in which a new intolerance has gained traction in previously tolerant and democratic societies.  Engaging this pluralism and promoting religious tolerance and inter-religious co-operation is important dimension of the church’s agenda, as it goes into all the world, and as it seeks to promote gospel values through social institutions that foster human dignity and human flourishing.

So what will this entail for the church? Can it be the promoter of the kinds of a multi-religious, cross-cultural conversations that are so necessary today? What will it take to create the spaces in which such dialogue can take place?

These are challenging questions, questions to which the church has not always had an ethical response.  So as the church engages with this pluralism it will be important that it do so from a position of respect for the integrity and the value of the different religious and moral traditions.  It is inevitable that people motivated by different theological and philosophical world-views will hold diverse views on values by which individuals ought to live their lives and on the nature of the institutions that best protect human dignity.  And this is the context in which the church must find a way, not only to speak, but also to facilitate and enable an inclusive conversation about human dignity and flourishing.

We desperately need a multi-religious, cross-cultural, ethical conversation about how to live a moral life today.  Indeed, we need multiple, local, national and global conversations of this kind, and I wish to suggest that at least part of the church’s agenda as it continues to go out ‘into all the world and make disciples of all nations’ ought to be focused on being a champion for and enabler of such conversations.  Of course, it would be naïve to assume that such conversations will generate full agreement on how best to secure human dignity.  Yet, notwithstanding its limitations, an ethical conversation of this kind is vital for human flourishing, and is a crucial dimension of enacting this commission. 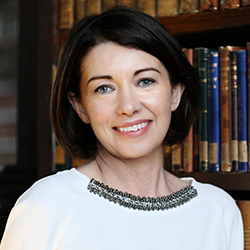 Professor Linda Hogan – Professor of Ecumenics at Trinity College Dublin – is an ethicist with experience in research and teaching in pluralist and multi-religious contexts. Her primary research interests lie in the fields of inter-cultural and inter-religious ethics, social and political ethics, human rights and gender.

In addition to her academic expertise, Professor Linda Hogan has experience of institutional management and governance, having spent 5 years as the Vice-Provost/Chief Academic Officer and Deputy President at Trinity College Dublin.  In that role she had overall responsibility for education and research at the university.  She coordinated strategic planning, and had responsibility for the direction and quality of research, undergraduate and postgraduate education and the student experience.

and Conflicts within the Churches: The Roman Catholic Church’, in ed. Adrian Thatcher The Oxford Handbook of Theology, Sexuality and Gender, Oxford: Oxford University Press, 2014. Other publications include Religious Voices in Public Places, Oxford University Press, 2009 (edited with Nigel Biggar), Religions and the Politics of Peace and Conflict, Princeton Theological Monographs, 2009, Confronting the Truth, Conscience in the Catholic Tradition, New York, Paulist Press, 2000 and From Women’s Experience to Feminist Theology, Sheffield Academic Press 1995, reissued by Bloomsbury Academic Collections in 2016.

She has lectured on a range of topics in ethics and religion, including Ethics in International Affairs; Ethics of Globalisation; Biomedical Ethics; Human Rights in Theory and Practice; and Comparative Social Ethics.  She has held posts at Trinity College Dublin and at the University of Leeds, where she was a member of the Centre for Gender and Women’s Studies and of the Centre for Business Ethics. She has been a member of the Irish Council for Bioethics and has been a Board member of the Coombe Hospital, Science Gallery and Marino Institute of Education.  She has worked on a consultancy basis for a number of national and international organisations, focusing on developing ethical infrastructures. 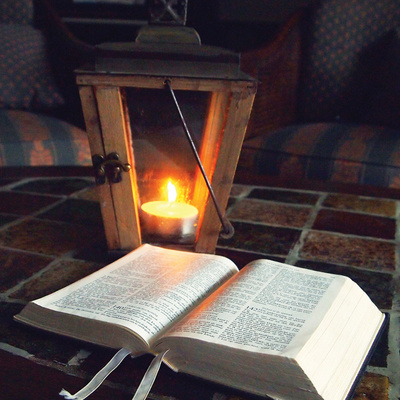