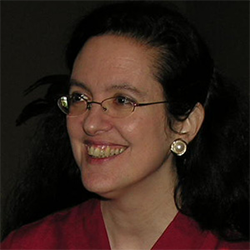 Rita Ferrone is an award-winning writer and frequent speaker on issues of liturgy and church renewal in the Roman Catholic tradition. She is currently a contributing writer and columnist for Commonweal magazine, and serves as general editor for The Yale ISM Review, an ecumenical journal of worship and the arts for the Yale Institute of Sacred Music. She is a contributor to the Pray Tell Blog, and writes for the Liturgical Press daily prayer resource, Give Us This Day.

Rita’s books include Liturgy: Sacrosanctum Concilium (Paulist Press), Sourcebook for Sundays and Seasons 2006(LTP), and On the Rite of Election (LTP). She co-authored the eighteen-volume series, Foundations in Faith (RCL-Benziger), and the parish renewal program Living the Eucharist (Paulist Evangelization Ministries).

Rita’s background in ministry includes work as a parish liturgist (New York) and cathedral liturgy director (Milwaukee) as well as a diocesan director of the catechumenate (New York and Allentown). As a speaker, she has presented in more than eighty dioceses. She has given parish retreats and missions, as well as talks to university audiences. She has written religion textbooks and educational materials for major publishers, and has served on liturgical commissions in four dioceses.

Rita holds an MDiv from Yale Divinity School. She received their Alumni Achievement Award for Distinction in Congregational Ministry in 2007. Her bachelor’s degree, in Communications, is from Fordham University. She lives in Mount Vernon, NY.