Body and Blood of Christ

Body and Blood of Christ

Blood is meant for life.  With these words Gabriele Dietrich, a poet from India, invokes the monthly blood that makes possible new life and the blood that comes with birth.  She juxtaposes the power of blood for life with the death-dealing patterns of destruction in which blood reveals our inhumanity to one another.  Dwelling deeply with women’s bodies and women’s blood, her poem is Eucharistic when women’s bodies and blood bring forth new life.

Today’s readings require that we dwell with blood, to press the meaning of a Eucharistic covenant.  These readings present us with so much blood:  Moses has large bowls of blood, and even more to splash on the altar and sprinkle on the people.  The second reading continues with the bloody sacrifices of goats, calves and bulls.  When connecting this to the blood of Christ, we might want to spiritualize with a quick turn to the wine of our Eucharistic meal, but the blood invoked in the scriptural texts invites us to dwell deeply in actual blood and to ask what it means to affirm, as our gospel does, that immersion in blood is the mark of commitment between the human and the divine.

What might make blood holy is hard to conceive in a world like ours where blood flows from the violence of excessive consumption, militarism and racism.  When blood flows to protect private property and defend practices of consumption, it brings death not life.  When a bomb is detonated, the blood of children, of sisters and mothers, brothers and parents flows, and yet we allow those weapons to proliferate.  When a culture manufactures guns to address what it perceives as “insecurity” blood flows from the torn flesh of teachers and students, coaches, party-goers and sons.  When a culture has imbibed an ideology of white supremacy, blood flows in the misrecognition of whose lives matter.  Blood flows with the marks of intolerance and fear, under the misunderstanding that some lives need to be destroyed so that others might live.  In our world blood too often means death; death inflicted by human beings on one another as if life were of no value.

The letter to the Hebrews theologizes that the blood of the covenant can “cleanse our consciences from dead works”  We need to ask, then, in a world like ours, how is blood productive?  It is in reconnecting the blood of the Eucharistic meal to the blood of the crucified Christ that we might find an answer.  Deep in the bloodshed of the first World War and recognizing the violence in the rising Nazi party in Germany, Karl Barth asked Christians to stand at the foot of the cross and witness the productivity of blood.  In the cross, he wrote, we see clearly “the crimson thread which runs through all history.”[1]  Standing at the foot of the cross, gazing upon the broken and bloody body of the tortured, God reveals Godself to us and God reveals humanity to us at the same time.  The humanity that God reveals is our own destructive participation in systems that kill.  Truly contemplating the blood that flows from the Crucified One, we’re drawn deep into the mystery of violence in which all humanity participates; we are indicted in the bloodshed that surrounds us; our works are indeed dead if we think that they exempt us from the bloody violence that is perpetuated in our name.

But in the Crucified One we see also divinity:  God reveals Godself in the torture victim reflecting back to us the call to be what we were created to be:  the image of God. God continues to name us as God’s people in order that we might be God’s people.[2]

When Christians drink the cup of the covenant, we insert ourselves in the final meal of the One who gave over his body and his blood in the stand against the systems of violence in his world, committing his blood to reveal that things could be different.  And we’re not alone in this commitment.  In 1953, Mamie Till raised her son Emmett to an international gaze when she had the courage to show how the sin of White supremacy made the blood of her only son flow to his death.  In 2018, from out of the aftermath of the blood that flowed from a code red active shooter, Emma Gonzalez had the courage to name how blood is meant for life.  In Charlottesville, and Philadelphia, and New York City, people are finding the courage to stand and to march, to show up and stand against the blood the flows from White insecurities and White supremacies which refuse to acknowledge that Black Lives Matter.  Christians are committing to the life blood of fathers, uncles and mothers threatened when ICE decides that no space is sacred.  In response to the triple threat of racism, materialism and militarism, the many movements in our day carry on the work of the Rev. Dr. Martin Luther King who witnessed with his blood what it looks like to be in covenantal relationship with the God who dwells in human beings, responding to violence with peace; even if it means giving over one’s life.

Last month on the anniversary of Dr. King’s death, seven Catholic anti-war activists reminded us, with their blood, that we live in a culture of violence – where our prayers and our pieties are dead works if they are protected by nuclear weapons that can destroy all of the life blood on the planet.  These Catholic activists known as the Kings Bay Plowshares filled baby bottles with their own blood, and marked the insignia of the U.S. government nuclear war program with it.  The message they left was simply:  “Love One Another”  --  a reminder that blood is meant for life.  As they aligned their witness to the work of Dr. King, they announced that, “Peace through strength is a dangerous lie in a world that includes weapons of mass destruction…As White Catholics [they took] responsibility to atone for the horrific crimes stemming from our complicity [in violence, since] only then can we begin to restore right relationships.”  With the sprinkling of their blood they sought, “to bring about a world free of nuclear weapons, racism and economic exploitation.”  With their blood they sought to bring life.

The witness of the Kings Bay Plowshares reminds us of the dangerous dimension of ‘dead works’ that show our complicity in systems of violence designed to kill others, propped up on a false sense of security.  Christ our torture victim and his most precious blood calls deeply to us to consider that our security comes from God alone, and that we are called to be Christ-followers by giving over our lives to the witness that a different world is possible.  If we are going to venerate the blood of the tortured Christ, we must immerse ourselves in blood.  We must see the violence that surrounds us, recognize our participation in its securities, refuse its dead works and commit ourselves to the preciousness of the blood that is life. 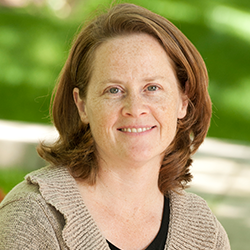 Jeannine Hill Fletcher is a constructive theologian whose research is at the intersection of Christian systematic theology and issues of diversity (including gender, race and religious diversity).  Her most recent book is entitled, The Sin of White Supremacy:  Christianity, Racism and Religious Diversity in America (Orbis, 2017).  Other works include Monopoly on Salvation?  A Feminist Approach to Religious Pluralism (Continuum, 2005) and Motherhood as Metaphor:  Engendering Interreligious Dialogue (Fordham University Press, 2013).  She is Professor of Theology at Fordham University, Bronx NY, and board member of the grassroots social justice organization, the Northwest Bronx Community and Clergy Coalition.