Sponsored by Rita L. Houlihan in honor of her aunt, Janet Houlihan Kain - a social justice and women's rights advocate.

On this feast of the Epiphany, we do well to step back and see this familiar scene with fresh eyes, letting grace seep into our hearts to enlighten the glorious mystery of the moment.  As grace finds its way in, how can we help but exclaim:  “This is amazing!”  “Can we believe what we are seeing?!”

Shepherds were going about their same old daily work until they unexpectedly came upon a tiny babe and parents who seemed tired, perhaps even terrified, and utterly amazed at the little life before them.  Something reminiscent of Isaiah’s words in today’s first reading echoed in them as their hearts throbbed and overflowedwith joy and wonder in the presence of One the likes of whom they had never encountered!  In the words of an anonymous believer:

Blessed are you Christmas Christ

that your cradle was so low

that shepherds, poorest and simplest of earthly folk,

could yet kneel beside it,

and look level-eyed into the face of God..”

Imagine that!  They experienced love like never before – a grounding, empowering, gentle love that said, “You count for something in this world,” these poor, simple people who dared not consider themselves important.  But they were here and God was visiting them.  Their hearts and their worlds would never again be the same.

And then we see the Magi, those three sojourning wise men looking for the new king of the Jews, expecting to find one in finery, protected by privilege, power and pride. To their amazement, surprised by grace, they found themselves in the presence of a vulnerable babe whose parents were his only guardians, except the poor shepherds who were privileged to keep vigil and pay him homage.  Can you imagine what was happening in their hearts? --- the bewilderment, the disorientation, the amazement, the joy.  This was hardly what they expected but it felt so right as their hearts, too, throbbed and overflowed.  They were astounded and confounded in the presence of a very different sort of king, one surrounded by rich and poor, wise and unlearned, Jews and Persian gentiles. Was this vulnerable king signaling a new world order, transforming the way things were to what they could become?

These shepherds and wise people were seeing and hearing something that generations before had never known as Paul says in our second reading.  Newer generations, too, would hear, see, and feel new things in the presence of this vulnerable babe!

Here we are today - a new generation!  When the light of the Epiphany star sears our souls, it also casts a beam of light across and beyond any horizon we have imagined before, calling us to a new vision. Yes, our days are punctuated by normal, everyday common doins’ but when we make space for God’s grace to inhabit us and soak us through to the depths of our hearts, we

are amazed and drawn out of our everydayness to see and do the unimaginable.  God’s light will show us amazing possibilities for our world:

·      Poor and rich, young and old, women and men working together for a more just and more gentle world;

·      Jews and gentiles, yes, but also Muslims, Christians, “nones,” and unbelievers  recognizing that all of us are on a common journey towards life and love and meaning;

·      Churches where women and men share equally in the life of worship, discernment, and leadership; churches where laity and ordained work as partners and co-creators of communities where allare welcome: people of color speaking in a multitude of languages, gay and straight and searching, married and divorced, the lost and forgotten;

·      A world of official leaders and common citizens uniting to reverse climate changes that threaten the life of our planet;

·      A world where borders that block people from moving towards safety, dignity, and family reunion are dismantled.

Difficult? Yes!  Impossible? No….not if we let the Light and Spirit of this small and vulnerable babe penetrate our hearts, allowing us to see beyond the darkness of our too small worlds, the shrunken horizons of our own making.  It is not impossible if we are faithful to our everyday calls like the shepherds and ever ready to travel towards new and wider horizons like the wise Magi sojourners.  It is not impossible if we trust that God teaches us to see to the inside of our daily realities where the power of God is at work, always beckoning us deeper and forward.  In the words of William Blake:

To see a World in a Grain of Sand

And a Heaven in a Wild Flower,

Hold Infinity in the palm of your hand

Eternity in an hour.

(From “Auguries of Innocence”)

Let this be our Epiphany prayer. 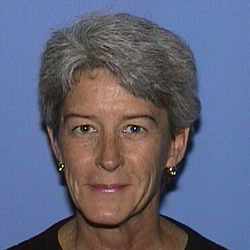 Barbara Quinn, RSCJ is a member of the Society of the Sacred Heart, United States-Canada province.  Since 2011, she has been serving as the Associate Director of Spiritual Formation at the Boston College School of Theology and Ministry (STM).  Prior to coming to the STM, Barbara served for 10 years as the founding director of the Center for Christian Spirituality at the University of San Diego.

Barbara holds a Bachelor of Arts degree in psychology from Rosemont College in Rosemont, PA, a Master of Divinity from the Weston Jesuit School of Theology, formerly in Cambridge, MA and now at Boston College under the umbrella of STM, and a Doctor of Ministry from the Catholic Theological Union in Chicago, IL.  She has worked in higher education at D’Youville College in Buffalo, NY, at the University of San Diego in California and now at the BC School of Theology and Ministry.

Barbara has taught on all levels and has done administrative work on diocesan, college, elementary school, and parish levels.  She was the founder of Leadership Development for Ministry in Buffalo, NY, a formation program to train laity from various Christian denominations for leadership in their churches.  She continued to develop and administer a similar program in Anchorage, Alaska.  Barbara has extensive experience in preaching and in adult education.  She has facilitated retreats and days of renewal  in the US, Uganda, France, Ireland, Australia, Japan, and India.