Thank you for joining me to celebrate the feast of our lady of Guadalupe, patroness of the Americas.

Guadalupe’s image is drawn from today’s first reading, which features the woman clothed with the sun, standing on the moon. As placid as the iconography of Guadalupe tends to be, her robes gently flowing over her mestiza skin, her downward gaze and peaceful demeanor, the portrait painted in the book of revelation depicts the opposite: a traumatic, apocalyptic scene of a woman screaming in pain, frightening monsters appearing in the heavens, the threat of death hovering over a newborn child. This is an important piece of today’s feast, since we should remember that the Guadalupan apparition occurs in the midst of the apocalyptic trauma that was colonization—a time when the Americas were beset with horrific violence, war, and cataclysm. We know that in situations of violence, of famine and disease, of trauma, women and children suffer the most—knowledge with which even the author of Revelation was familiar. And we know all too well, in our present historical moment, the trauma inflicted upon children separated from their parents by war or famine or migration or unjust laws. As much as I used to think the hungry, threatening dragon imagery was a fanciful exaggeration when I was a child (safe, accompanied, well-cared for); it now seems that end-of-days imagery is not only suitable, but most appropriate, for the despair that surrounds us in so many ways. The country and the church are beset by scandals that prey on women and on the young, vulnerable populations are vilified, people must flee to the desert to survive. History seems hopeless. Despair seems the only response.

Today’s gospel provides a powerful antidote, in the solidarity of women we see at the visitation. Mary, herself in the midst of a precarious pregnancy is also moved to travel. And we have a scene in the gospel where only two women speak. Only women. Speaking. No one interrupting, no one correcting. No one mansplaining. No “actually.”

Filled with the Spirit, both of them proclaim. REJOICING in one another’s presence, in their precarious circumstances, rejoicing in their communion, they are moved to preach the presence of God within them. Elizabeth shouts! She “cries out in a loud voice” Blessed are you who believed that what was spoken to you by the lord would be fulfilled. Blessed are you, Mary, for believing God’s promises. This prompts a most unusual reaction in Mary: prophecy. The last two lines of todays Gospel are the first two lines of the Magnificat.

This story is filled with women misbehaving. Traveling (alone? Maybe), being loud, speaking theologically of God’s plan for the world. What prompts them to do this, to move outside of the permissible? The spirit of God present within them and between them, in their friendship and their bond. The bond between women that proclaims the truth—the ways in which women have, historically, heard one another into speech, is on display in the visitation. This is the perfect reading for Guadalupe, herself an uncomfortable fit in Catholicism: the wrong skin tone, the wrong representative in Juan Diego, the wrong location (outside the city of Mexico, not in the city center). Like Mary and Elizabeth at the visitation, Guadalupe pushes the boundaries: of what God’s presence looks like (a mestiza), of who speaks for God (Juan Diego, still converting to Catholicism), of where worship should be located (on a hill filled with flowers, not the city center that had seen so much bloodshed).  For those of you who are familiar with the story of the Guadalupan apparition, you know that two of the most important things she tells Juan Diego are “do not be afraid” and “am I not here with you?” Guadalupe makes God present in the Americas, to dispel fear amid violence and trauma, and she does it through the virtue of solidarity with those in need.

Guadalupe is still a locus of solidarity for women in travail, and as the patroness of the Americas she reminds us not to be afraid, even though our situations seem hopeless, and that she is here—accompanying us, rejoicing with us, hearing us into speech, encouraging our confrontations with the powerful, preparing a place where we might rest and rejoice in one another.

On this feast of Guadalupe, in this perilous time filled with trauma and despair, I invite you to join me in giving thanks for the women who have buoyed us, who have sustained us with prayer, and friendship, and prophecy. I especially give thanks for those women who dared to misbehave, to speak with a loud voice, to take their place among the communion of saints despite being made to feel they were the wrong color, the wrong gender, the wrong place. I ask those misbehaving women to guide our steps, to light our way, and to pray for us. Amen. 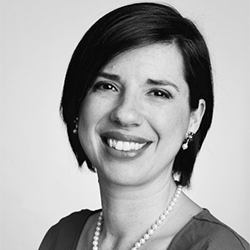 Natalia Imperatori-Lee is Associate Professor of Religious Studies at Manhattan College in the Bronx, NY, where she also coordinates the Catholic Studies program. She is the author of Cuéntame: Narrative in the Ecclesial Present (Orbis Books, 2018). Her work focuses on the intersection of Latinx theologies, feminist theologies, and Catholic ecclesiology. She has published in Theological Studies and The Journal of Feminist Studies in Religion. A native of Miami, Florida, Imperatori-Lee has served on the Board of Directors of the Catholic Theological Society of America and the Academy of Catholic Hispanic Theologians of the US. She recently presented at a series of seminars on the implementation of Pope Francis’s Amoris Laetitia.At Manhattan College, Dr. Imperatori-Lee teaches courses on contemporary Catholicism, including Vatican II, as well as courses like Sexuality and the Sacred and Women in Western Religion. She is currently working on a book about women in the Catholic Church.

Dr. Imperatori-Lee speaks regularly at parishes, universities, and in other venues about feminism, faith, and the Latinx communities in the United States. Her writing has appeared in Commonweal and America magazines, and has appeared as a guest expert on Pope Francis on CNN and MSNBC.  She lives in the Bronx with her spouse and two sons.