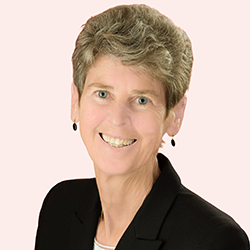 Sister Sally Duffy, SC is a Sister of Charity of Cincinnati and retired in the summer of 2017 as President/CEO of the SC Ministry Foundation. Sally has served in various administrative capacities including hospital President/CEO and VP Student Affairs. Sally’s current board service includes: TriHealth System, Price Hill Will, and Catholic Legal Immigration Network, Inc., US Catholic Sisters Against Human Trafficking. In February of 2017 Sally completed four years as the chair of FADICA (Foundations and Donors Interested in Catholic Activities) and her nine year term on the board. Sally’s degrees include: M. Ed., M. PA and M. Div. Recent honors include: FADICA Charles Carroll Award in Catholic Philanthropy, Katherine Drexel Award for Catholic Philanthropy, 2017 YWCA Cincinnati Career Women of Achievement, 2017 Cincinnati Enquirer Women of the Year, Doctor of Humane Letters from the College of Mount Saint Joseph, Recognition of Appreciation from the Leadership Conference of Women Religious, and Co-Executive Producer of the Gabriel Award documentary “We Shall Not Be Moved: Catholic Sisters of New Orleans.” Sally is one of the Co-Chairs of the Child Poverty Collaborative with the goal of reducing 10,000 children in poverty and 5000 adults over the next five years in Cincinnati, Ohio.