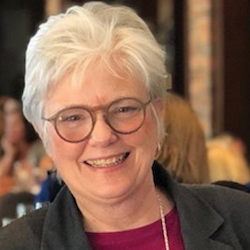 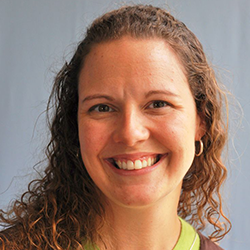 Alison McCrary is a social justice attorney, a Catholic nun, President of the Louisiana Chapter of the National Lawyers Guild, and a Spiritual Advisor on Louisiana’s death row. She formerly served as the Program Director for the Community-Police Mediation at the New Orleans Office of the Independent Police Monitor creating a national model for improving community-police relationships, taught at the New Orleans Police Academy, and helped develop similar programs in cities around the country.

Alison has served as the secretary and treasurer of the Louisiana Chapter of the National Lawyers Guild as well as a legal observer trainer and the New Orleans Legal Observer® Program Coordinator.  As a 2010 Soros Justice Advocacy Fellowship in New Orleans, she challenged and changed policing practices and policies to transform relationships between police officers and the bearers of New Orleans’ indigenous cultural traditions.

Prior to law school, she worked at the Capital Post-Conviction Project of Louisiana providing litigation support on death penalty cases and at the United Nations in New York monitoring the implementation of U.N. Security Council Resolutions.

Nationally, Alison coordinates and provides legal support for social justice movements such as the School of the Americas Watch. Internationally, she has worked on racial, educational, and economic justice issues in the favelas (slums) of Brazil and on human rights issues in Nigeria, Vietnam, Uganda among other countries.

She received her J.D. from Loyola University’s College of Law in New Orleans and her B.A. in English at Georgia State University in Atlanta. She also completed coursework at Johannes Gutenburg Universität in Mainz, Germany, University of Surrey in London, Universidade do Estado do Rio de Janeiro in Brazil, Loyola University Chicago, and Catholic Theological Union.

Check back soon for preaching